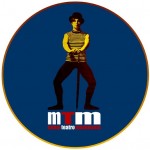 MTM mimoteatromovimento (Rome / Italy) is a non-profit organization that deals with theatre as a pedagogical tool for adult education .MTM uses traditional technique of Commedia dell’Arte in order to develop the capacity of the participants to express themselves fully. MTM has all kinds of students and especially male adults employed and unemployed, women and young immigrants are attending their workshops. MTM works in English and Italian. Since 1979 MTM has organized, produced and developed several activities in the field of theatre focusing on international programs like workshops, festivals and performances involving international actors and staff. Lidia Biondi , as the president of MTM, has a background in fine arts, dance and theatre. Ref. Lidia Biondi www.mimoteatromovimento.it

“MACHINA” Drama Group (Salonicco / Greece) is a non-profit organization established in 1995, implementing several drama activities in the framework of continuous learning promotion for people disadvantaged for socio-economic reasons/ unemployed, people in age 45 +, women, low educated, people without professions and immigrants. Throughout its existence MACHINA Drama Group: is functioning in cooperation with local municipality; has presented more than 25 performances; has cooperated with other European drama groups from Malta, Austria, Finland, Latvia for the production of cultural work and cultural exchange; has been distinguished in Pan-hellenic Drama Competition of Educational Company and “ArtTheatre” (Theatre Technique), gaining the First Award the 1995, the Special prize the 1996; has gained the Second Award in the Pan-Hellenic Drama Competition of Ministry of Education and Lifelong Learning (2002). One of MICHANI main objectives is to enhance cultural and educational activities shared by Europeans through the development of cooperation, learning partnerships and to encourage transnational circulation of art, culture, knowledge and ways of expression. Ref. Maria Papanikolaou | www.dg-machina.com

Les Amis de la Salle paroissiale Sainte-Anne (Dinant / Belgium). The association has been created in 1998 to re-dynamise a local hall that was more or less in ruins. The way we found to collect money and renew it was to develop the theatre company that had begun its activities some years before and had already gathered hundreds of people of all generations in preparing and performing local or regional (hi)stories. The Compagnie du Rocher Bayard was born and since then, its reputation has grown and has been recognized on local, regional and even national levels by the amateurs associations. We have a group of 20 teenagers working on the national Teens Stage Program lead by Promotion Theatre asbl; we work with a group of 30 adults on repertory theatre (Molière, contemporary writers, …) and with a group of 150 people on historical plays that we perform in villages, woods, castles etc. We lead theatre workshops. Our specificity is to promote the participation of the local populations by rehearsing and performing in front of their houses. Ref. Bruno Marthelart

The Transversal Theater Company. (Amsterdam / Holland) The TTC approach is multifaceted and interdisciplinary. In addition to creating performances, we write academic books and articles, offer workshops on acting and other aspects of theater making, and organize conferences. Throughout our work, we not only engage research across the arts and humanities, but also from a variety of other fields, including cognitive neuroscience, robotics, and mathematics. The primary aim of Transversal Theater is to connect young scholars and artists with experienced academics and theater professionals, and, in effect, to foster exchanges, collaborations, and opportunities to learn, share, and explore new ideas, techniques, and insights. Transversal Theater has toured productions, given lectures, and taught workshops in fifteen countries altogether. Ref. Bryan Reynolds | www.transversaltheater.com

Kompani Komedi (Stoccolm / Sweden) is a non-profit organization established in 1995, dedicated to Commedia dell’Arte and Vulgar Comedy as theatrical forms. As a theatre group we are primary an artistic and educational organization. Our goal is to play, establish and popularize physical theatre, Commedia dell’Arte and Vulgar Comedy in Sweden and internationally. Kompani Komedi strives for a deeper collaboration with other theatres and organizations in order to build and take part in a greater network where we think we can make a contribution with our knowledge. Kompani Komedi is organized from an idea about everyone’s participation in the whole process. Only those who are active in performances and other work may be members in the non-profit organization. On the other hand everyone who works active within the group may be members. We want to create the biggest possible devotion in the work in the long run this way. Ref. Fredrik Schiren | www.klingvall.com/e/KK-e.html